Recently Long Island was hit by a blizzard, which is a bit of a rare event over here. We ended up with almost two feet of snow (and more in some areas), which is record breaking snow fall for LI.

I thought the snow would make for a perfect backdrop for my Mountie costume and decided to take advantage of the situation!

My dad was nice enough to play photographer for an hour and help me get some pictures, which ended up coming out far better than I had expected.

To get the full length shots, I was standing on a piece of plywood that we buried 3 inches and covered with snow. This way I didn’t sink! (though I did slip a lot – plenty of amusing outtake shots) 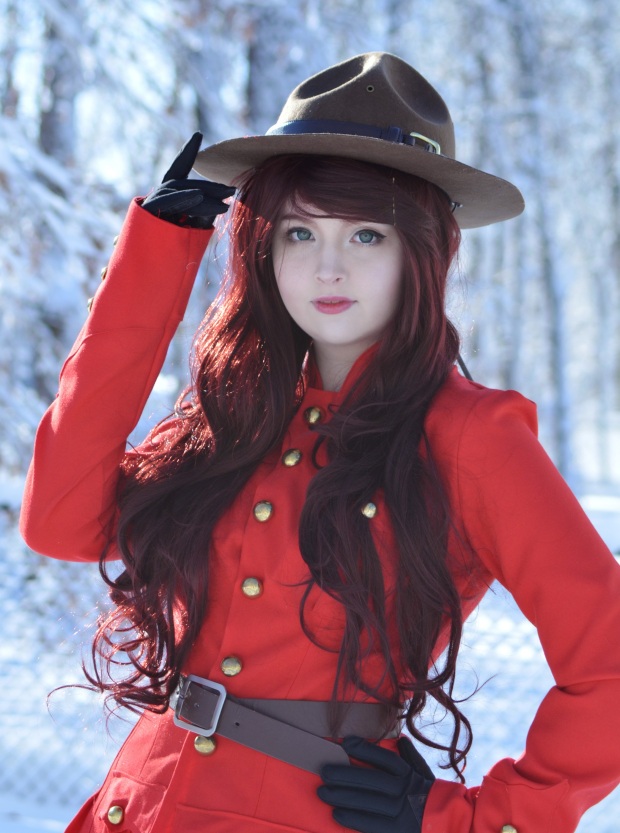