This is the final post in my Fall Flower Fairy series, but I should be getting photographs of this project soon, so this isn’t the last you’ll see of it! The first two posts can be found here and here.

This post will cover the process of making the headpiece and wand, but I skimped a little bit on the photographs. If you are interested in seeing the start to finish process I have a video that shows me making the accessories, and it can be watched here!
…
If you recall my post about making the skirt, I made the tulle layer to long and had to cut off quite a bit. 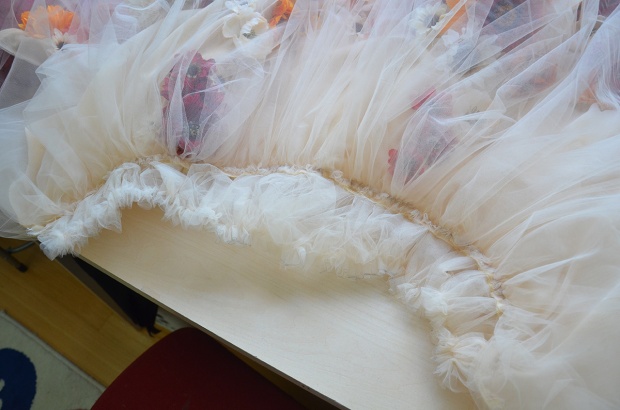 I saved this bit and ended up using it as the base for this crown. I also used some Christmas ribbon and a bit of plastic boning.

As per usual I measured my head, then cut the boning a little longer than the measurement. The ribbon, which will be used to cover the boning was cut to be an inch longer.

I started by stitching the tulle onto the ribbon, then I trimmed the edges to make everything even. 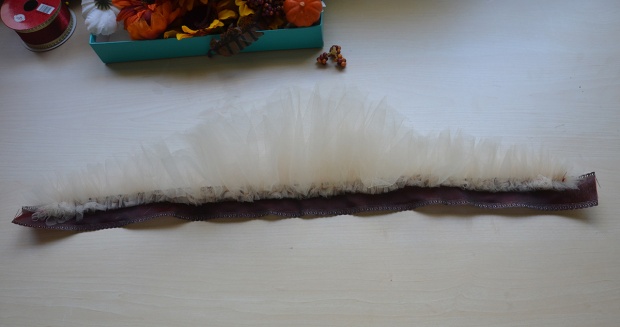 I folded the ribbon upward and sewed it into a channel, then threaded the boning through. When that was done I stitched the ends together and bam, I had a crown! 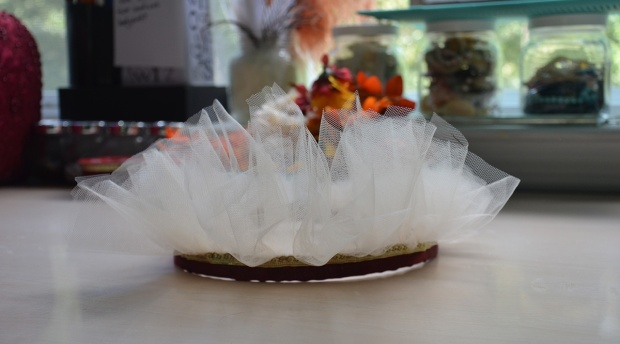 …Then I hot glued a bunch of crap onto it. That is literally the entire process. I used lot’s of fake berries, feathers, grain, and even fake pumpkins to make this look a bit more unique and less generic. I think I was successful, it certainly doesn’t look like any flower crown i’ve seen before.

Some nicer photos of the finished piece. 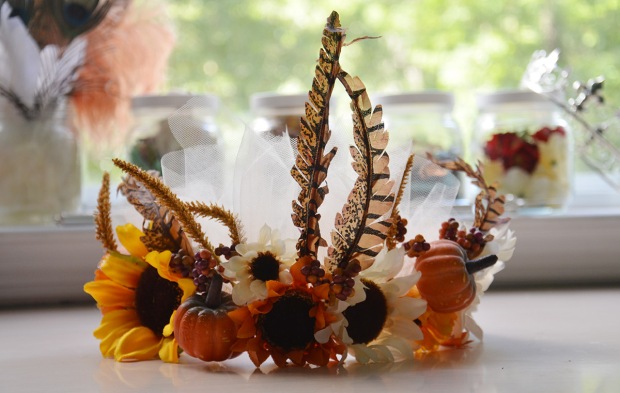 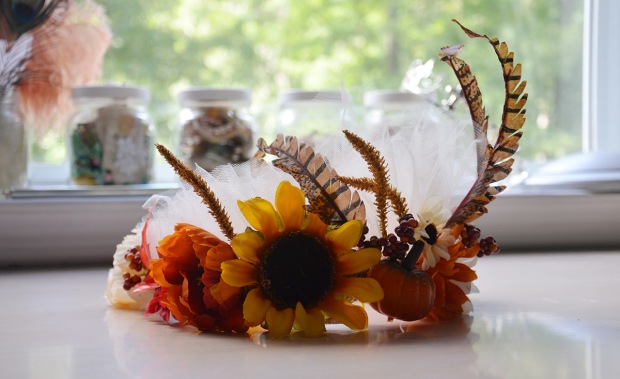 I decided to use a walking stick as a base. My Grandpa carved this one for me when I was very young and i’ve grown so much that it’s nowhere near tall enough to be functional. It has some sentimental value, but has been collecting dust in the basement for eight years, so I was happy to find a use for it.

It has my name carved into it and everything!

I used an empty ribbon spool as a base for flowers.

…Then glued flowers onto it. I don’t know why I didn’t take any photos of this process, but clearly, I didn’t.

It was pretty straightforward, a lot of fiddling around and holding things in place for many minutes since hot glue is a lot less function when it comes to non porous materials!! Flowers kept falling off since I didn’t hold them for long enough, it  was quite the mess. But i’m happy with the end result, I think it’s cute, and certainly fit for a fairy! 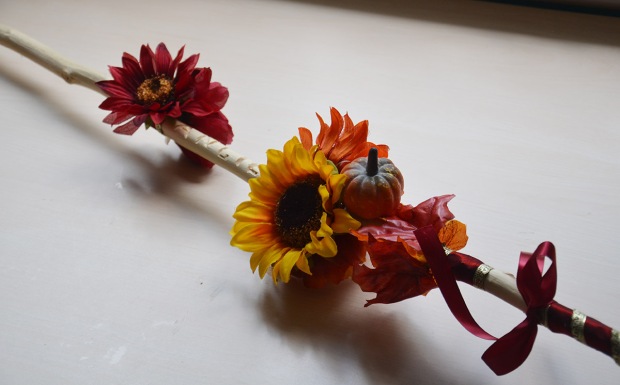 Here are some worn photos of the whole thing together. 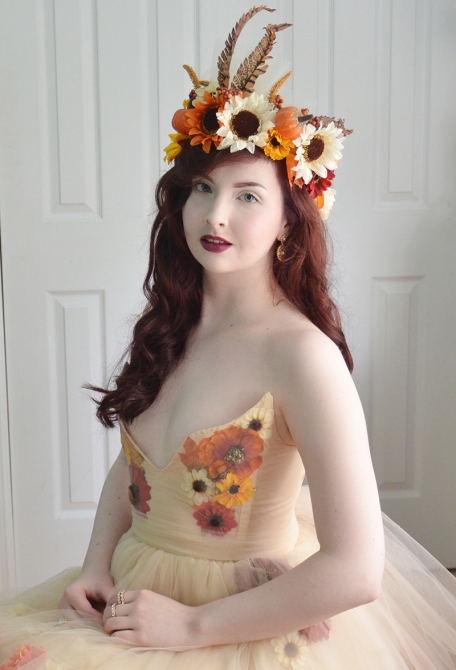 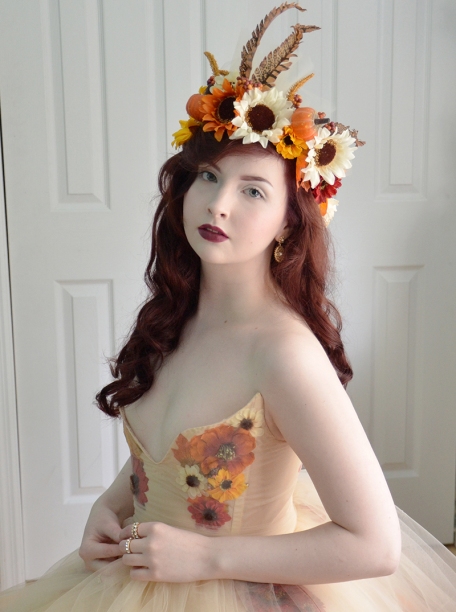