I’ve been really bad about photographing costumes this year, but I promised myself that I would get at least two of my flower dresses photographed before fall passed and I succeeded!

Today I’m posting pictures of my Glittery Gothic dress in action! This is a Halloween themed photoset but I wanted to post a day early because some people actually leave the house on Halloween. Also, knowing me I would end up forgetting to post them on the day of and really kick myself for it later.

Ever since I made this costume i’ve wanted to  photograph it with a very dark backdrop. My goal was a deer caught in headlights/moonlight feel. I didn’t want anything too fancy that would take away from the dress.

I actually tried to do this with my Anju costume last year and it failed horribly. I tried to get the effect with a broken tripod and cheap speedlight which for some weird reason, didn’t work. This year I used two desk lamps and a trip pod that actually stood still, which (big surprise) worked a lot better!

My dad was a big help with these photos, he stood on a mark while I pointed the lights and focused the camera. Then I set the camera timer and we switched places. It took a lot of standing around in the cold to get these, but in the end we were successful!

If you aren’t familiar with this costume I have two blog posts about how I made it, and a video that shows how I made the crown! 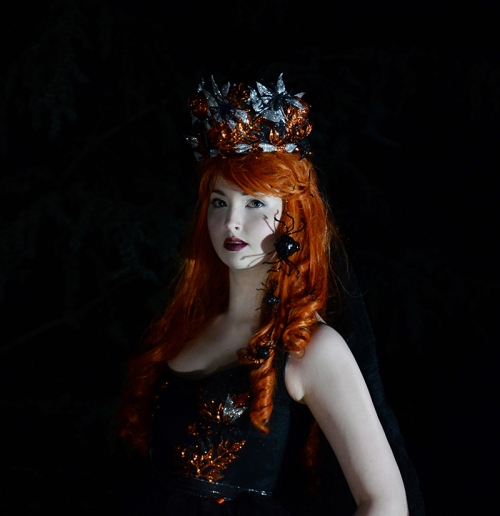 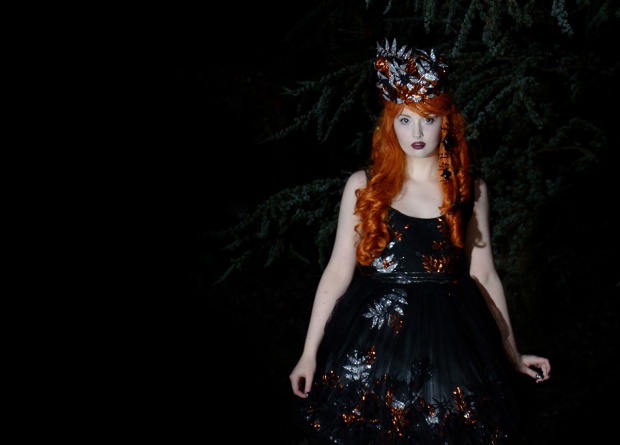 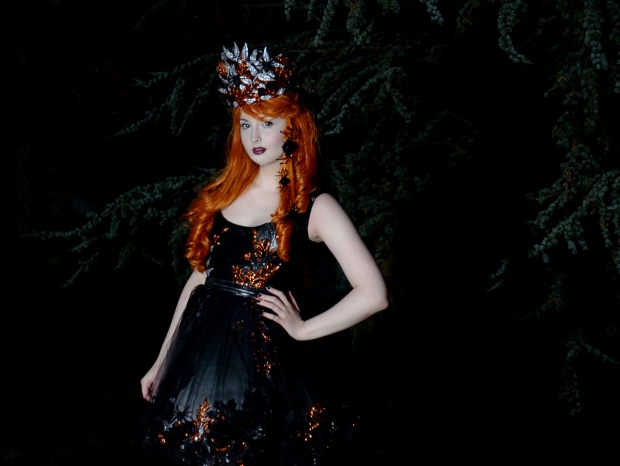 I hope you enjoy the holiday! Or if you don’t celebrate, I hope you have a nice weekend!