Today i’m talking about foresleeves. This is the…honestly I have no idea what number this post is, this series has been going on for so long! But all the previous posts about this project can be found here.

Foresleeves (or false sleeves) are a bizarrely shaped piece of material that covers the arm from the elbow to the wrist. They are large and rounded in shape with strips of material pulled through slits at the lower edge and wrist. They are often trimmed with material in a different color and embellished. You can see examples of foresleeves in a couple paintings which served as my inspiration for this ensemble, those can be viewed here and here!

This was a fun post to write because I hadn’t realized how much work went into this part until I was resizing photos. These sleeves were one of the first pieces I began working on, and one of the last I finished.

I started with a pattern. Ignore the tick marks for now, those were supposed to be where the fabric was pulled through to create puffs but I changed the sizing later on. 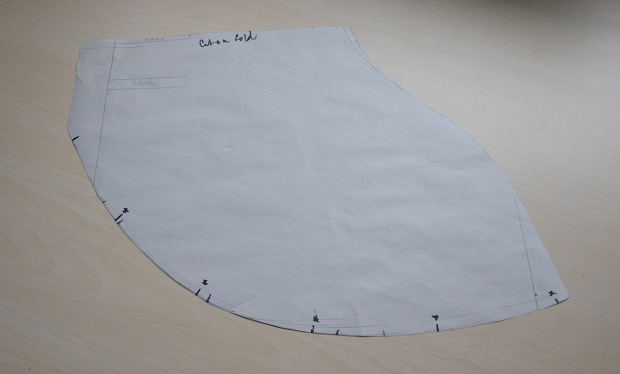 Then I cut my sleeves out. The body of them is made from silk dupioni, like the kirtle. If I was smart I would have interfaced them at this point, but I put that off until later (which I now regret). 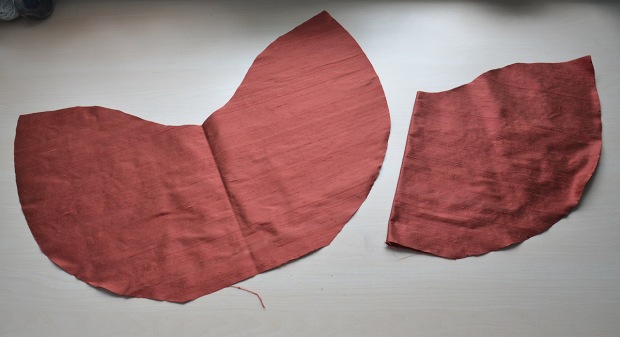 Then I pinned bias tape over the edges. I used my machine to sew down the backside and hand stitched the front. 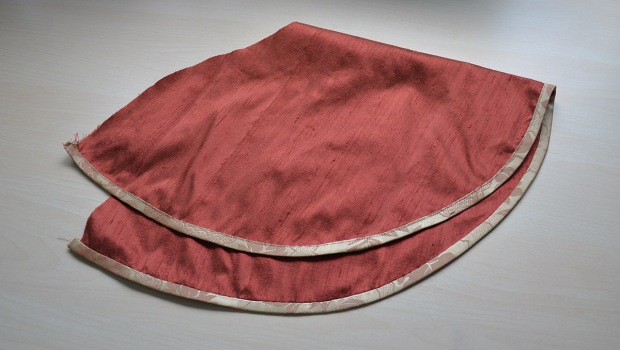 It looked so smooth and pretty! So smooth and pretty that I decided to not add puffs at the wrist. There are paintings that show puffs only at the bottom edge of the sleeve so I figured that would be good enough.

But then I set these aside for a couple weeks and realized the reason I didn’t want puffs at the wrist is because I was scared I would mess up. And that is a silly reason not to do something since i’m trying to learn. So I marked out the slashes where the puffs would be inserted, then stitched around them to help prevent fraying.

I cut each slash open and bound them with quarter inch wide bias tape. This was tricky and time consuming since I was working with two fabrics that fray a lot and I didn’t have any room for error. But it turned out okay!

Unfortunately I had to add interfacing at this point and couldn’t avoid the wrinkles near the wrist. I’m a bit bummed about this, but oh well, i’ll know for next time.

I played around with a lot of different fabrics in an attempt to find the perfect fabric for the pulls (I like calling them puffs, but that is incorrect, meh). I tried off white cotton gauze, ivory silk organza, a satin material, and even a knit! None of those are very historically accurate but I hated how the linen I had looked. Even when tea stained to be off white it looks very stark and inexpensive compared to the silk and damask.

So I put organza overtop of it. Which added some depth and made it look a little fancier. These are the five inch squares which got gathered down at each end to create the wrist puffs.

Here they are pinned into place! These got stitched down shortly after.

One side done. Unfortunately this step created even more puckers at the wrist, but at least it is less noticeable when worn. 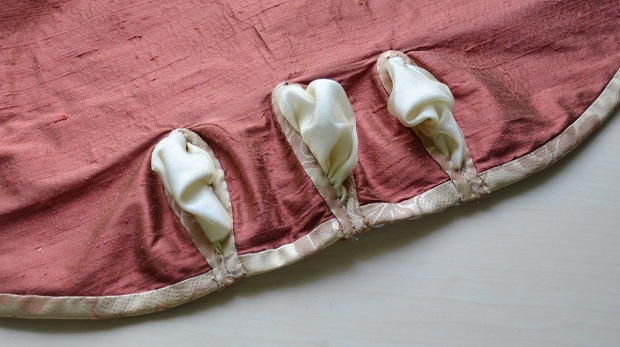 At this point that I decided to turn the top edge over to make each sleeve a little shorter. They actually went past the crook of my elbow which was a bad sign. Luckily this was easy to do and fixed the problem. 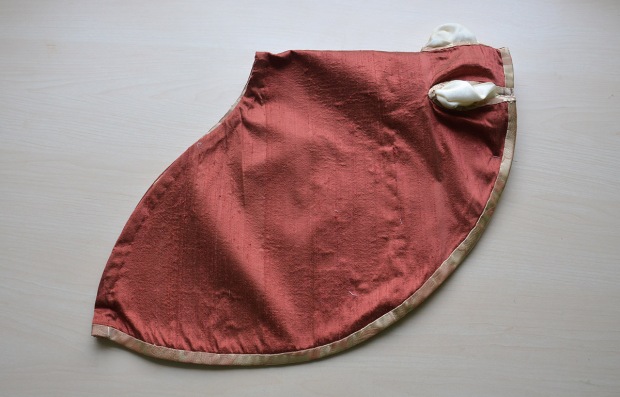 Another thing to fix was the huge amount of fraying of the wrist puffs. it wasn’t visible from the outside of the sleeve, but the interior was a mess. So I half lined them with leftover linen.

Then it was time to make the pulls for the lower edge. I decided there would be five puffs on each sleeve, and each one would be made from five inches of material. So I cut two twenty-five inch long strips of linen and organza – one for each sleeve. 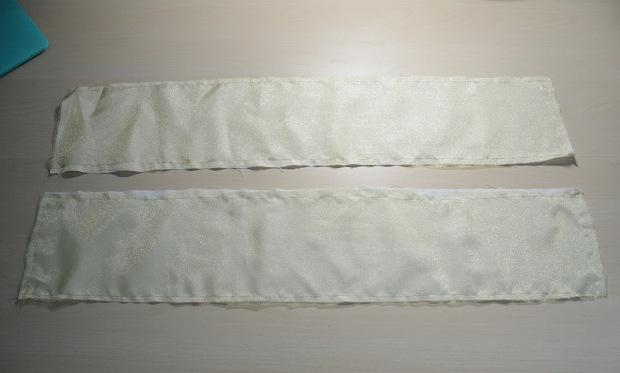 Then I gathered the strips every five inches to create puffs.

Which got sewn to the underside of each sleeve. Aside from the puckers, I was really happy with how these were turning out!

With all the pulls done it was time for embellishing. I put a large glass stone and two pearls at the base of each wrist puff.

I was running low on glass stones, and wanted to save the ones I had for the jewelry and french hood. So I decided to keep it simple and only use a pearl and two seed beads between each puff on the underside of the sleeves.

This is how they looked!

The only thing left to do was create some sort of system to attach them onto the main sleeve. I opted for eyelets, since they are easy to do and historically accurate. There are three sewn at the top of each foresleeve.

After trying them on I also decided to stitch up the back of the sleeves so they would sit better on my arm and keep their shape. And that is it! They were done!

Here is how they look worn! This was before attaching the oversleeves to my dress.