This was created from several yards of wool, jersey, satin, and a huge amount of buttons. This was the first project I really challenged myself on, and the amount of time spent on it shows.

It was created over the period of three months, and everything from the hat, to socks, to boots were made or altered by me. The sword being the only exception, as it was carved by my father.

I have three posts about how it was made, as well as a post on altering the boots, and a wig review that are also related to this costume. 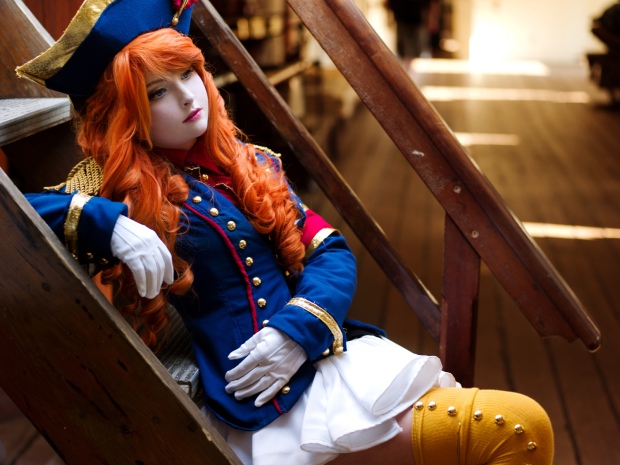 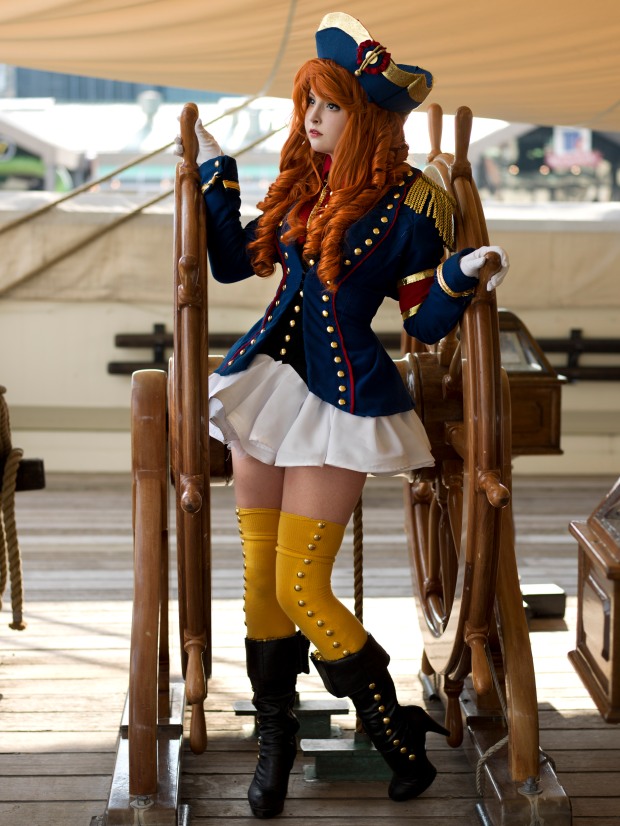 I also had the pleasure of being in Acksonl’s otakon video, which features some silly expressions and forty seconds of me being somewhat silly on a ship. If this interests you it can be watched here!