I was doing so well with my twice weekly updates until now.

My only excuse is that this week was busy. I make a point to leave the house as little as possible, but I had nine days in a row where I had to make myself presentable and talk to people. I’ve also been trying to kickstart a lot of new projects which has been my main focus, I didn’t  try hard enough to find quiet time to write and edit anything exciting.

But I did get a few post outlines done, because I’m going to be prewriting a lot of things for the end of August, which is when i’m getting my wisdom teeth out.

Anyway, sorry for the delays! Regular posting should be back to normal. This post is the last in my Isabel series and focuses on making a hat.

I looked around for Renaissance beret patterns but most of them focused on the gathered variant, which I didn’t want. So I decided to make my own – beret patterns are really easy to draft, but it’s a little tricky to figure out the sizing. Luckily my first educated guess was perfect so I didn’t have to make any changes. 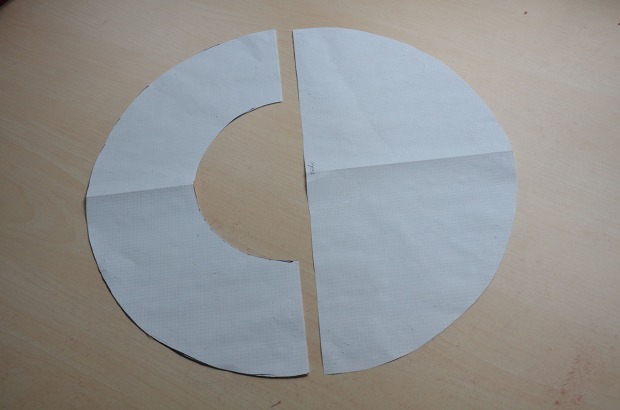 Then I cut out my pattern from velvet and reinforced the pieces with a lightweight fusible interfacing.

The hat was way too floppy and refused to hold it’s shape. I tried adding boning, which failed miserably, then I had the bright idea to add horsehair to the seam. Nope. Bad Idea. Didn’t go well, it destroyed everything.

I tossed that hat and luckily had just enough fabric left to make another one. This time around I lined the hat with quilt batting hoping it would add enough volume to hold it’s shape, but not too much that would make it look like a fuzzy CD balanced on my head (the effect boning gave).

I basted the quilt batting and velvet layers together. 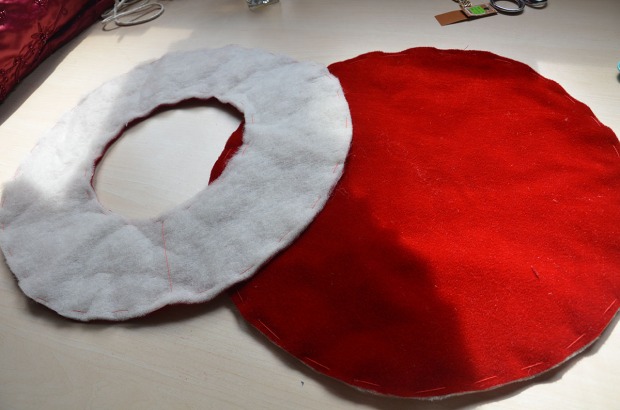 Then I basted the two pieces together and tried it on, and it was perfect!

I used a strip of lace to finish the…hem? I guess it’s a hem. The opening. 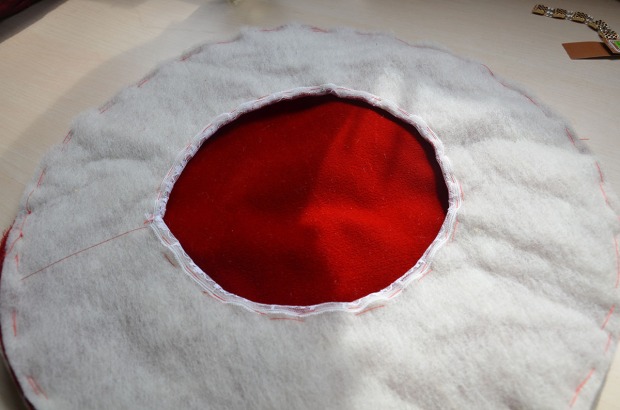 Then I rolled that over and sewed it down with a whip stitch and blanket stitch combo. I did this by hand so I could “ease” it open without puckering the fabric too badly. 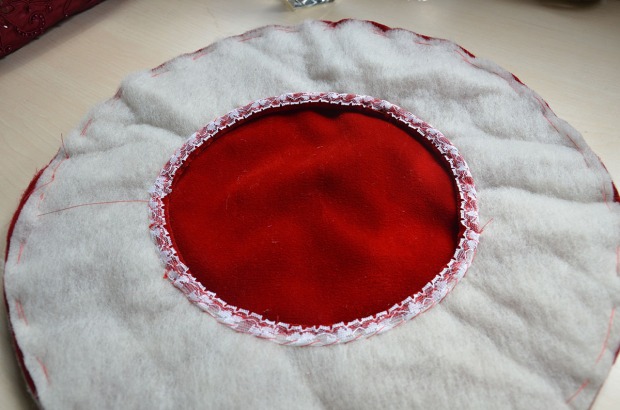 I used my machine to fully secure the two pieces together, and then I had a fully functioning hat!

There is some puckering at the opening, but that’s inevitable. It’s also not visible when worn.

Then it was time for the beading – I didn’t follow the pattern from the painting identically, but it’s pretty close! I used beads I had on hand, aside from the weird rhinestone square ones, which I picked up from Michaels. I’d like to replace these with something more historical looking in the future, but they were the closest I could find without making an etsy order. 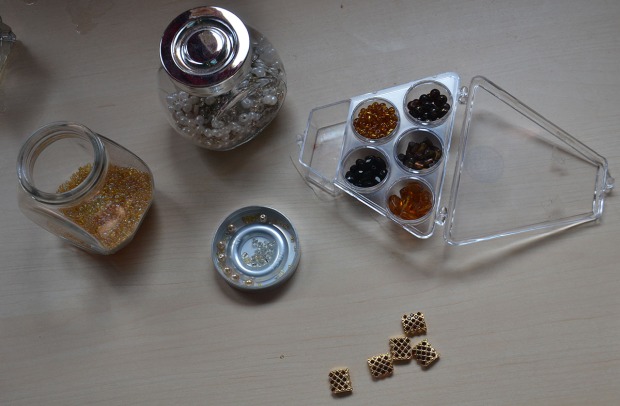 I started on the center part first, which I created by sewing down an 8mm pearl and stitching seed beads around it. I probably should have used more opaque beads because the red is really visible through these, oops!

After that I freehanded the rest of it.

And that’s pretty much it. It was a nice little afternoon project that took around two hours from start to finish!

Unfortunately the off shoulder style of this design restricts my arm movement by a lot, so much so that i’m not sure I can take my typical tri pod shots. I haven’t actually tried, but I definitely will at some point this week. If it proves successful I’ll make a separate post with those photos.

But for now this will have to do! A few mirror selfies with a wild wig I need to tame.