This is to explain some of the problems I’ve run into with youtube in the last few years. I ranted a bit about this on instagram but some people wanted a more thorough explanation, and I wanted to make one.

I think there are a lot of misconceptions out there about how Youtube treats its creators, since the most vocal about it have the largest following and are treated well because of that.

For those unfamiliar – I have a Youtube channel with over 200,000 subscribers. I don’t think this is a huge number (at least comparatively) but it’s somewhat significant. Significant enough that the ability to resolve problems that effect my channel and earnings should be available.

But social media sites should be grateful to their users, too. If users don’t use and create content for them they won’t be successful, regardless of the effort put into the site *cough* google plus *cough*.

I think this should be especially true with Youtube, since SO much effort goes into what people post there. I can easily spend 40 hours filming and editing a video. And I know film makers and animators that spend months, if not years on their uploads.

So what’s the problem?

The major one for a lot of people has to do with RPM (revenue per a milla – how much ad revenue you get for 1000 views). This number varies a lot depending on what type of channel you have and the time of year. But lots of users have reported these numbers declining over the past months – or in my case, years.

And there is no way to predict, or see an explanation for why revenue changes so much.

My other issue is the automated system that flags videos for inappropriate content. I understand that they can’t manually go through every video when millions are uploaded a day. But if this is going to be the case they NEED to have better customer support for creators.

Last night my recent video was flagged as “Not suitable for advertising” – implying it conflicted the advertiser friendly guidelines posted here…Despite the video being a sewing tutorial, with no fowl language, or hateful / provocative content.

My only option was to request the video be reviewed – something that takes 7 days. In those 7 days (the period when new videos get the most views, and makes the most money) I would receive no ad revenue off of the video.

Unfortunately live chat couldn’t help me. I was told to wait 7 days for the video to be reviewed. They could not tell me what guideline my video conflicted with. Their recommendation for avoiding the problem in the future was to follow their guidelines. They continued to link me to advertiser friendly guidelines. They could not speed up the process or review the video themselves since they trust their systems decision.

In my experience, creator support does not help creators unless they need help reading the TOS, since that is all they are allowed to share.

Which brings me back to my final issue – Copyright claims on music. Again, these are done by an automated system. They identify similar sounds and match them to the appropriate “Copyright owner” who can prevent your videos from being monetized, or take any future profits made on monetization.

(note – these aren’t always correct. I use music marked as royalty free and follow the CC license and still have music flagged regularly)

Usually these will pop up when you upload, so you can change the music before publishing and avoid the problem. But sometimes they happen months, or years later.

Youtube DOES have an editor where you can replace audio or mute videos. But they do not allow you to edit videos with a copyright claim. They also have a beta feature for removing copyrighted audio, that – surprise – only works if the video has less than 10k views. Which seems a bit odd since the people most concerned about loss of revenue probably depend on it financially and get more views than that per a video.

So as a creator, the only option is to delete the video and reupload with different audio (a bit odd when the video is 2 years old) or eat the loss in revenue.

If you do own the music, you can file a dispute. However if youtube sides with the claimant over you your channel can be suspended, and you open yourself up for a lawsuit.

Please keep in mind that monetization MATTERS. For a lot of youtubers ad revenue is the only money they get back from posting their videos. Taking that away from people who work hard on their content is really unfair.

These are the problems I’ve personally encountered. I think they are problems that a lot of smaller channels have. It’s even worse for people with less than 100k or 10k subscribers, since they don’t have access to creator support at all.

(The reason I say smaller channels is because these don’t seem to effect larger channels – I’ve seen people with 10 million subscribers sing to popular songs on the radio for 15 minutes without a slap on the wrist. Where I can’t use a Beethoven song because they thought 15 seconds of it sounded too similar to something else. )

As I said, I understand that issues will happen when the process is automated. But youtube doesn’t seem interested in speeding up the resolution process for creators. Or making a reasonable resolution process at all (in the case of not being able to edit videos with potential copyrighted content).

I really think the core of the problem is that they don’t care. Smaller channels are expendable, it’s the bigger channels that really pull in the profits. And it’s cheaper to pour money towards them (who advertise how fun and easy the youtube lifestyle is)  than focus on issues plaguing the majority of content creators.

But those popular channels were small at one point too. And by avoiding their problems, they are preventing the growth of more channels. So it might backfire on them someday!

I know things like this have prevented me from viewing youtube as anything more than supplemental income. I would love to consider doing it full time, but the support for smaller channels is laughable. And creators are left uniformed about decisions that majorly effect earnings.

This is also the major reason I took a step back from youtube at the beginning of this year (going from 2-6 videos a month to 1 every month, if that). I was putting 100 hours a month into it – and even though I enjoy filming, editing, and the positive feedback I get on videos, it wasn’t sustainable without some financial benefit.

Those are my thoughts! Kudos to anyone who made it through this. I hope I don’t come off as winey.

*EDIT* The video has been been marked as suitable for all advertisers. Not sure what happened since I was told it would take a week before being eligible for review…but yay!! 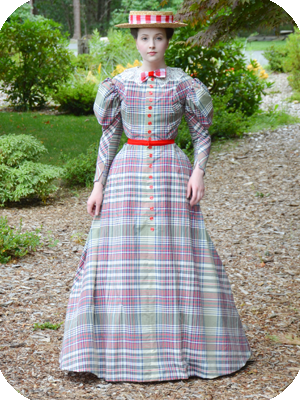 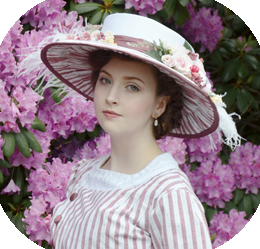